All of the physicians at InterMountain Medical Clinic are Board Certified in their respective specialty. Board Certification indicates a higher standard of education with continual medical education to remain current with the latest medical care. Our physicians have active staff privileges at Portneuf Medical Center. 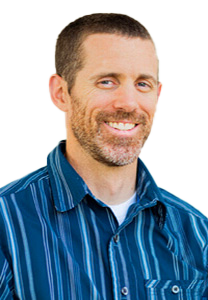 Dr. Scott Christensen completed his undergraduate studies at Utah State University in 2003. He then attended the Uniformed Services University School of Medicine in Bethesda, Maryland while on an Army scholarship, graduating in 2008. He did his three year Family Practice Residency at Darnall Army Medical Center, Fort Hood, Texas, finishing in 2011. He was then a staff physician for five years at Reynolds Army Community Hospital, Fort Sill, Oklahoma. While stationed in Oklahoma he was deployed for nine months to Afghanistan. He ended his active-duty Army time at Martin Army Community Hospital for two years on teaching staff in the Family Practice residency program. After leaving the Army in 2018 he moved to Boise for one year of fellowship training in Geriatrics. He moved to Pocatello and joined InterMountain Medical Clinic in 2019 after finishing his Geriatrics training.

Dr. Christensen enjoys full-spectrum family medicine with an emphasis on the care of older adults. His wife, Rebecca, has accompanied him to the various places that his career has taken him, and they had three children along the way. Dr. Christensen is an Eastern Idaho native; born and raised in the Driggs area. He enjoys many of the outdoor activities that Idaho has to offer, including snowboarding and cycling. Dr. Christensen is currently accepting new, qualified patients. 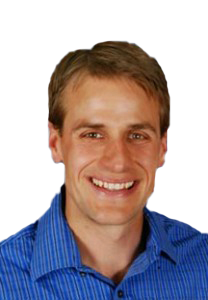 Dr. Brandon Mickelsen grew up in Pocatello and attended Highland High School. After completing an LDS mission in Holland and Belgium he attended Idaho State University, receiving his bachelor’s degree in Biology. During his time at ISU, he was the junior varsity girls basketball coach at Highland High School. He received his Medical Degree in 2006 from The University of New England College of Osteopathic Medicine. His residency and internship training were here in Pocatello where he served for one year as a chief resident. During residency, Dr. Mickelsen sat on the Board of the Idaho Medical Association as the state resident representative. He is currently serving as the president of the Southeast Idaho Medical Association. During residency, Dr. Mickelsen was active in the community, giving medical help at local high school and university sporting events.

He also participated in medical coverage of several intermural boxing events on campus, as well as coverage of area high school football games. He has a special interest in non-narcotic management of chronic pain, preventative medicine, diabetes, and obstetrics. He has been accompanied in his educational pursuits by his wife Jenafer and their five children: Mason, Megan, Benson, Bella and Kylee. He enjoys basketball, hiking, camping, snow-skiing, snow-shoeing, and most of all spending time with his family. Dr. Mickelsen is currently accepting new, qualified patients. 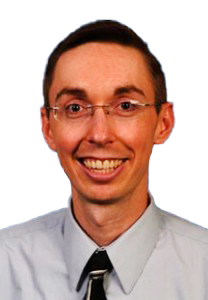 Dr. Nielsen grew up in Downey and completed an LDS mission in Spain. He graduated from Idaho State University with honors with a bachelor in Zoology. While at ISU, he received a research grant in genetics. He attended medical school at Midwestern University Arizona College of Osteopathic Medicine in the Phoenix area. There he led the family medicine student chapter, spent time at the Mayo Clinic, and was in the top five in his class. He then returned to ISU where he completed a residency in family medicine. He received additional training there in hospital medicine, cardiology, and women’s health. He also helped with the ISU Athletics Department.

He has a special interest in cardiac stress tests and non-obstetrical women’s health. He is also fluent in Spanish. He enjoys spending time with his wife, Melanie, and three young daughters and a son. He has fun hiking, riding ATVs and snowmobiles, and spending time working on his yard. Dr. Nielsen is currently accepting new, qualified patients. 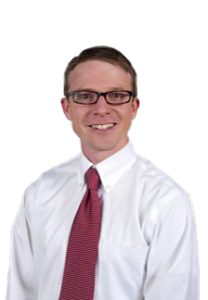 Dr. Olsen graduated from ISU Family Medicine Residency in 2012 and has been practicing with InterMountain Medical Clinic since then.  He enjoys the broad scope of family medicine.  He attended medical school at Midwestern University Arizona College of Osteopathic Medicine in the Phoenix area.  He served a two-year mission for his church in Cincinnati, Ohio.  He enjoys camping, traveling, running, woodworking and backpacking.  Dr. Olsen is currently accepting new, qualified patients. 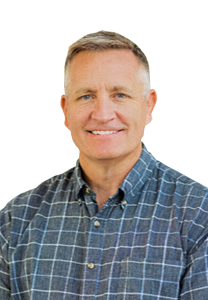 Dr. Thayne completed his undergraduate studies at Brigham Young University in 1990. He then attended the Uniformed Services University School of Medicine in Bethesda, Maryland while on an Army scholarship, graduating in 1994. He did his three year Family Practice Residency at Madigan Army Medical Center, Fort Lewis, Washington, finishing in 1997. He was then a staff physician for four years at Irwin Army Community Hospital, Fort Riley, Kansas. He ended his active-duty time back at Madigan for three years on teaching staff in the Family Practice residency program. He joined InterMountain Medical Clinic in 2004.

Dr. Thayne enjoys full-spectrum family medicine including procedures and medical education. He enjoys time with his wife, a Pocatello native, and their six daughters. He also enjoys athletics, outdoor activities, and interacting with the wonderful people of Pocatello and the surrounding communities. Dr. Thayne is currently accepting new, qualified patients. 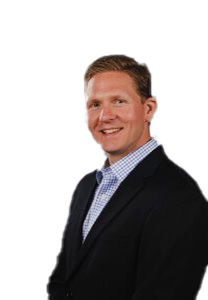 Practicing family medicine is very rewarding to Dr. Warnock because of the opportunity to help his patients and all their family members over the course of their lifetime. He enjoys the variety of care he can provide as a family physician. After medical school in Albany, New York he completed residency at the Idaho State University Family Medicine Residency.

Dr. Warnock and his wife are the proud parents of three daughters and a son. They enjoy spending time together camping, hiking, and other outdoor activities. Dr. Warnock is currently accepting new, qualified patients. 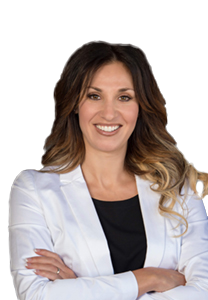 Nicolette was born and raised in Pocatello and although she moved to other places, she has always felt a strong tie to her home town. Nothing brings her greater joy than helping others whether it be family, friends or patients. Nicolette graduated with honors from Walden University receiving her master’s degree in nursing in August of 2015. Her passion is in family health and development which is why she dedicated her degree in being a Family Nurse Practitioner. Nicolette joined IMMC six years ago as a nurse for Dr. Mickelsen and has joined his practice as an FNP in May of 2016.

She enjoys many activities like golfing, boating, camping and especially running and physical fitness. She enjoys life with her husband Jason and her two boys Kanon and Krew. Nicolette has always been a strong advocate for health and fitness and strives to be a strong role model for others and she loves nothing more than for others to join her in the pursuit of health and happiness. She is currently accepting new, qualified patients. 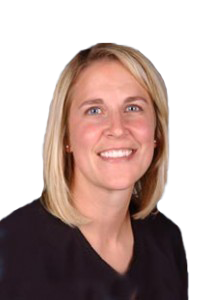 Dr. Liday is an Associate Professor at Idaho State University College of Pharmacy. She earned her Pharm.D. degree at ISU and completed a pharmacy practice residency and fellowship with the Department of Family Medicine. She has been a member of the ISU faculty since 1998. Dr. Liday is an Ambulatory Care clinical pharmacist with InterMountain Medical Clinic in Pocatello.

She is a Certified Diabetes Educator and provides clinical services to the clinic in diabetes management, continuous glucose monitoring, insulin pump therapy, anticoagulation, and polypharmacy issues. She is currently accepting new, qualified patients.

Come see what our patients are saying about the services that we provide.

Very nice people that work there. Never had a problem with anything. Me and my kids go there. always so nice.

The doctors really care about the patients. They have fast, friendly, and professional. staff. Great experience.

Great Clinic! I have used their Urgent Care which was great and have scheduled my normal non-emergency visits. I have called in for some quick prescription refills and they accommodated my need to rush it though. When looking looking for a primary care doctor, I was recommend by a friend to see Dr. Thayne. He has been great!

To schedule an appointment, request prescriptions refills, or to request general medical advice, please call during normal business hours or fill out the form below.